Cherokees, who are they? | Quem são? 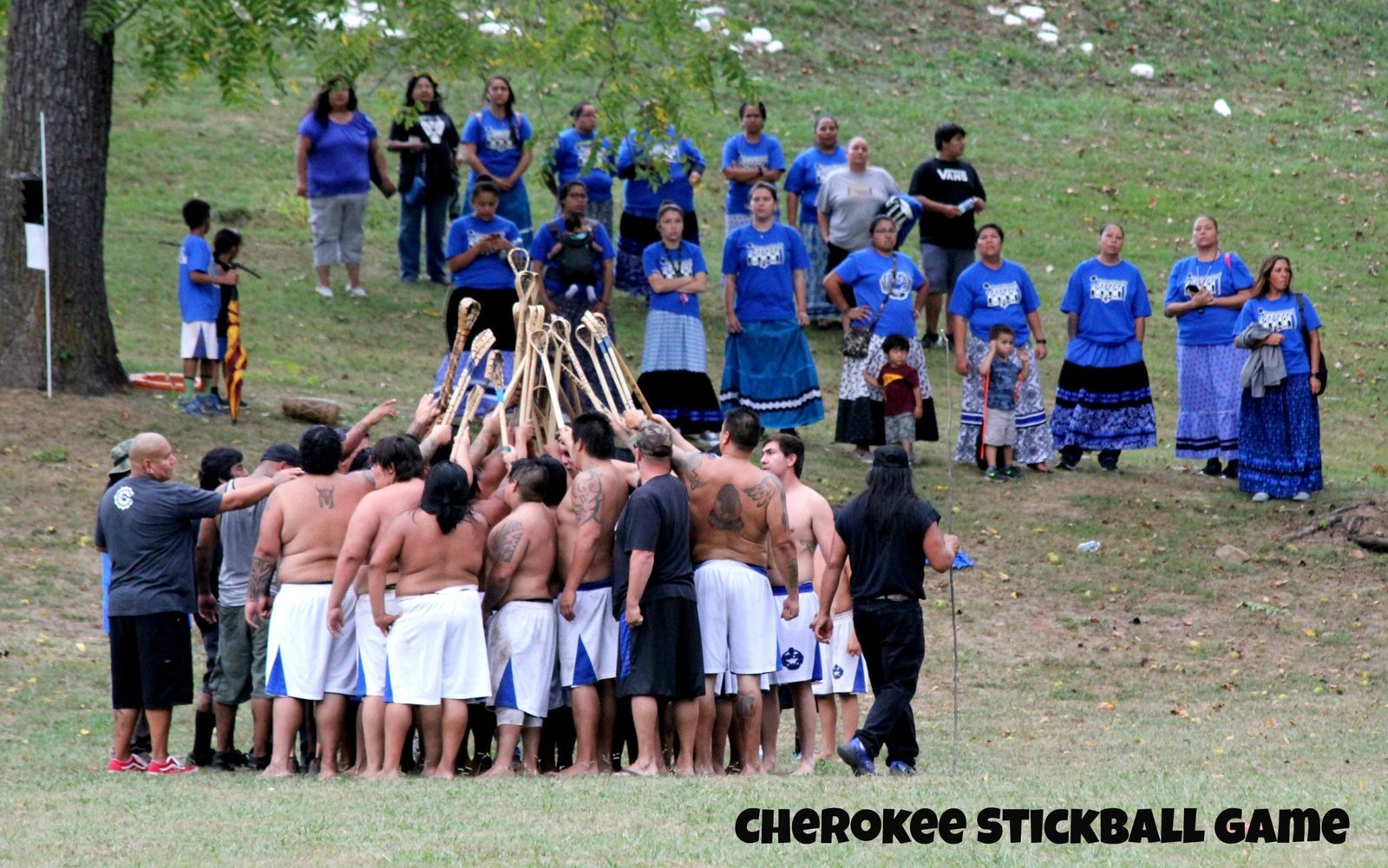 After the commotion of the announcements, when the claps and screams were already fading and people started to get up to leave the stands, I said to Nate: “I’m going to try to talk to someone backstage, OK? Maybe I will find a good story there”, and quickly went down the stairs. It was easy to get back stage, where girls were being hugged, mothers carried sashes, clothes and flowers and the atmosphere was pure joy. Little Miss Cherokee 2016 had just been crowned and the event was closed for the night. There would only be more coronations, dance, music and smiles tomorrow, another day of the Annual Cherokee Indian Fair, which we happened to enjoy during our time on the Cherokee Indian Reservation, in North Carolina.

In fact, it wasn’t the Cherokees who exclusively brought us to that part of North Carolina, even if indigenous things are one of the motivations on our trip, as anything related to native cultures make Nate’s eyes shine – he graduated with honors (pride!) in History with an honor’s thesis on Navajo peyotism. Deep in our hearts, the reason for us to drift off the coast and into the state was the mountains of western North Carolina, the Great Smoky Mountains, long on the list of places he has always wanted to see. 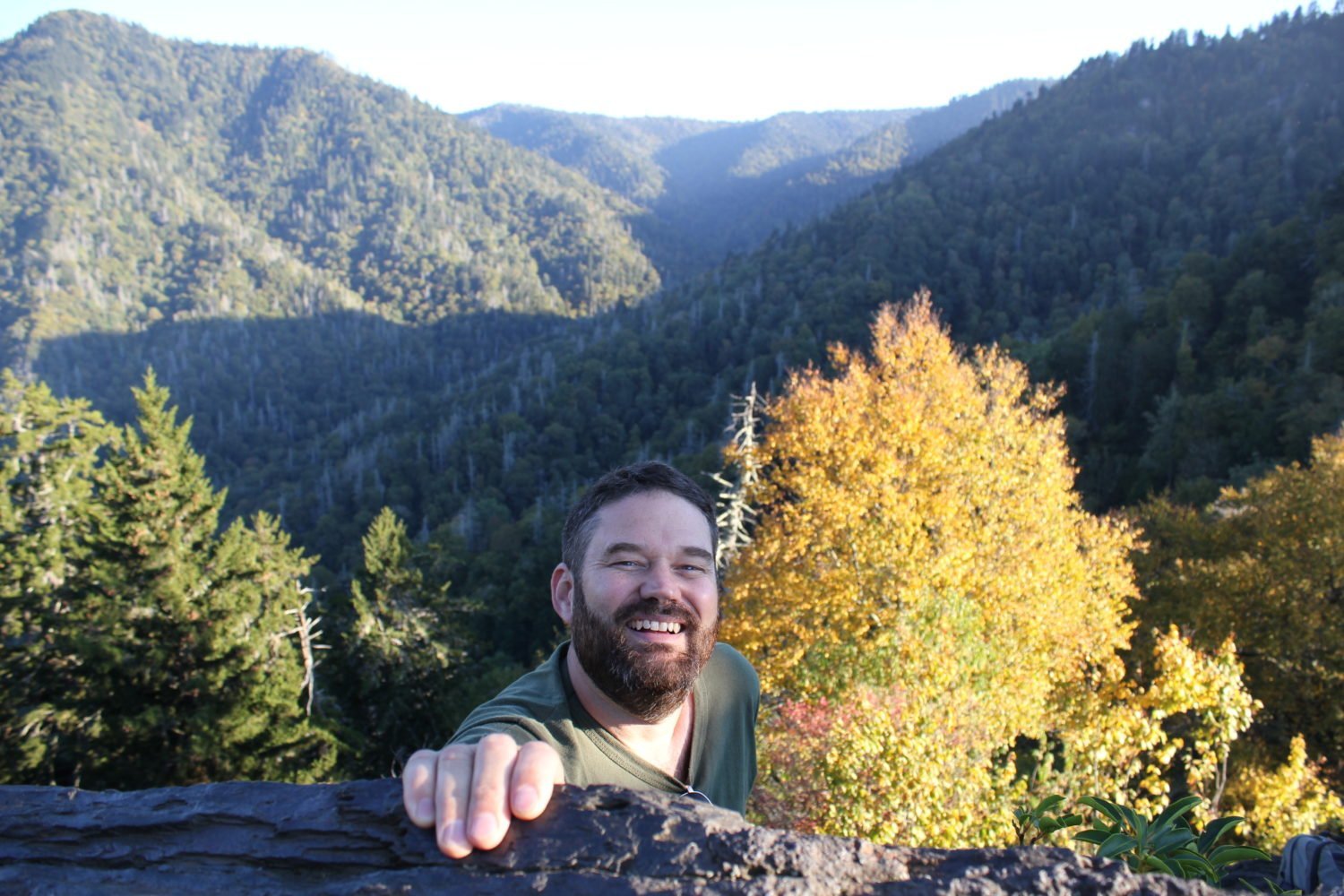 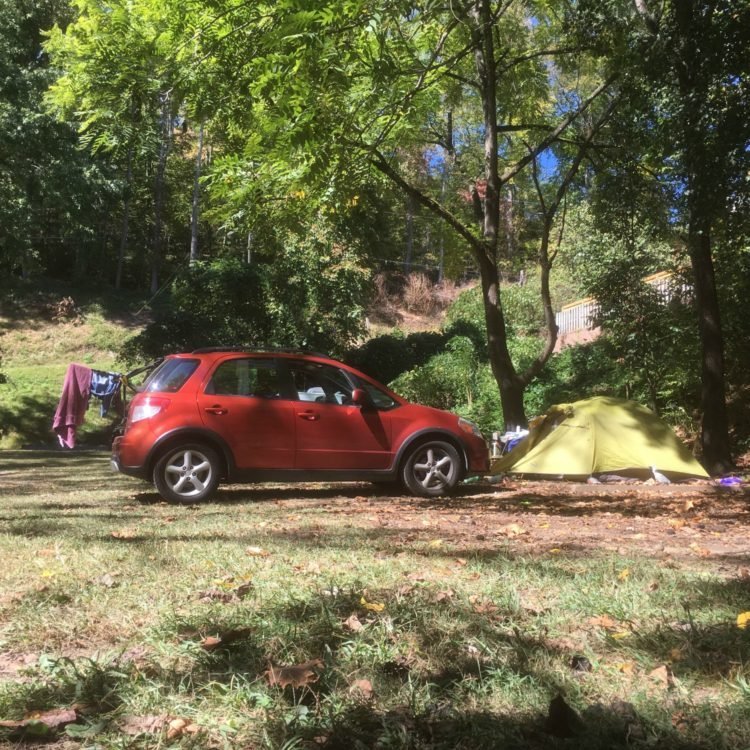 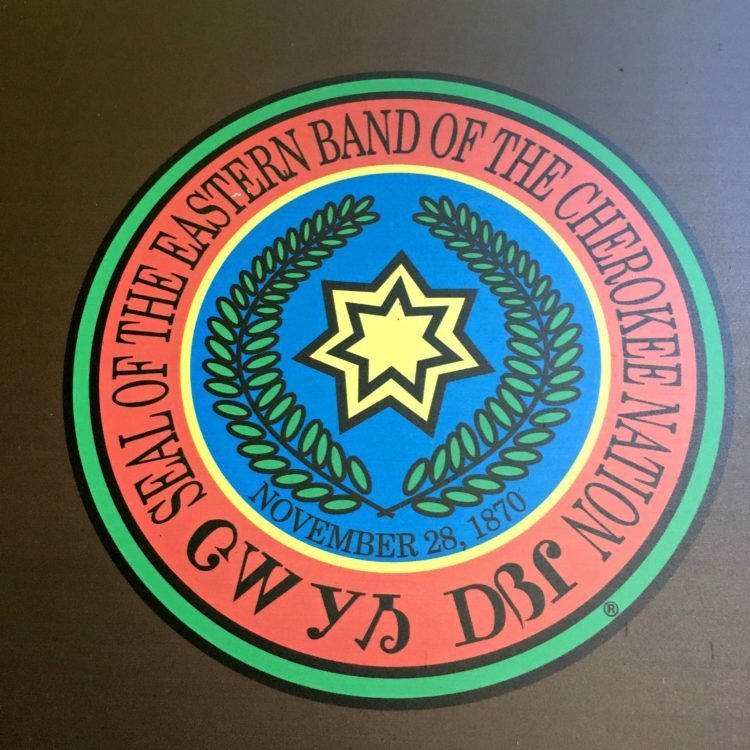 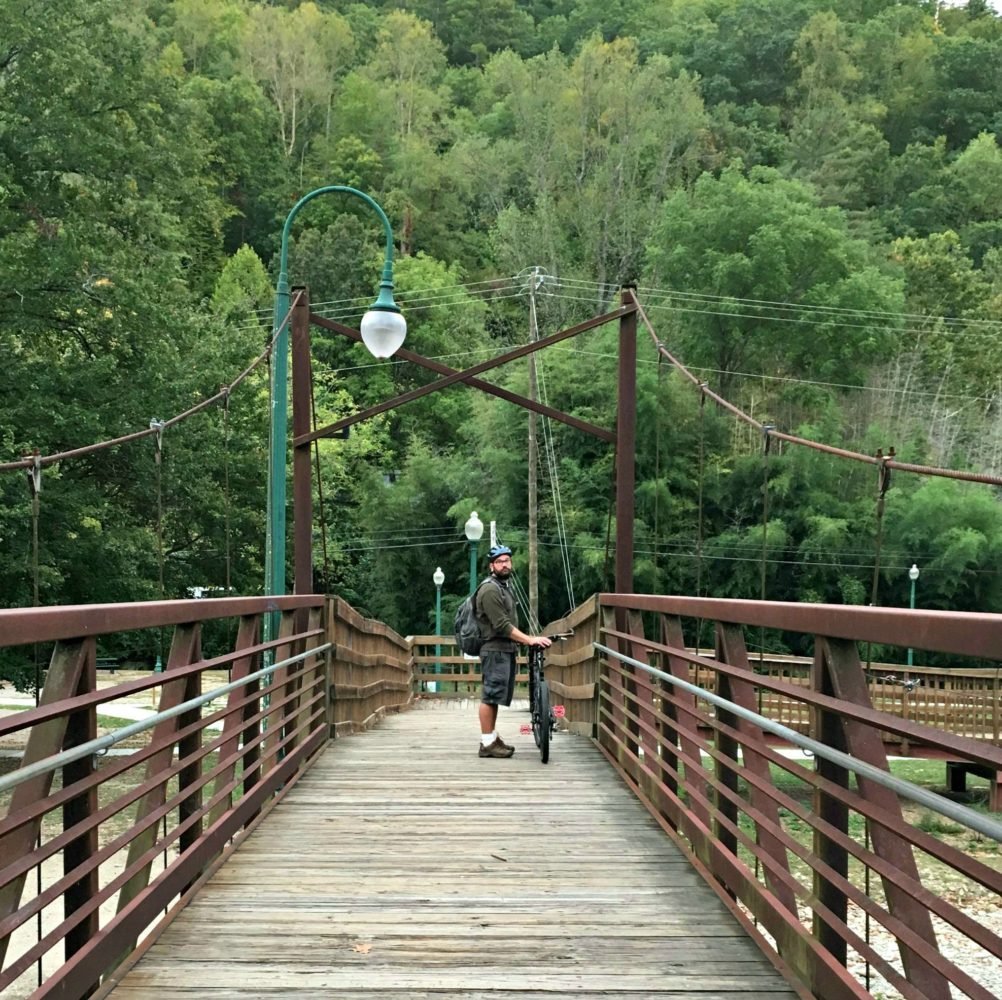 The Great Smoky Mountains, part in North Carolina, part in Tennessee and named after the ever-present mist in the morning, are the most visited national park in the United States. One of the two visitor centers, Oconaluftee (cool sound!), takes its name from the river that runs through the park and the Cherokee Reservation, right next door.

The plan was to camp in Cherokee to get to know the city and do some trails in the national park. After three days, we would head to South Carolina. But everything changed with the arrival of Hurricane Matthew in the United States. After devastating Haiti (it always gets hit!), and leaving destruction in the Dominican Republic and Cuba, the alert from Florida to North Carolina was at a maximum. “Do not come, stay there a few more days”, Aunt Jane, our next hostess, warned us. It didn’t make us upset, actually. We met some people who had left South Carolina in search of shelter in the mountains of Cherokee while the hurricane was around. On our first day there, the manager at the campground suggested that we go to the parade in town. And that’s how we found out that Cherokee was going to party the whole week with the Annual Cherokee Fair.

How lucky! Our Cherokee immersion wouldn’t be limited to visiting the museum. During the week, between trails and bike rides, we made the most of the festival’s program. We saw Misses being crowned, songs and ceremonies being performed, Stickball being played, we talked to real Cherokees and spent a few hours in the museum. I knew nothing about their way of life. Totally clueless, for me Cherokee was not much more than the name of a car. I learned that, in fact, they are Americans like any other, trying to keep their culture alive day to day, with their own language, food, and customs. Like any other immigrant, with the detail that they were here before everyone else. 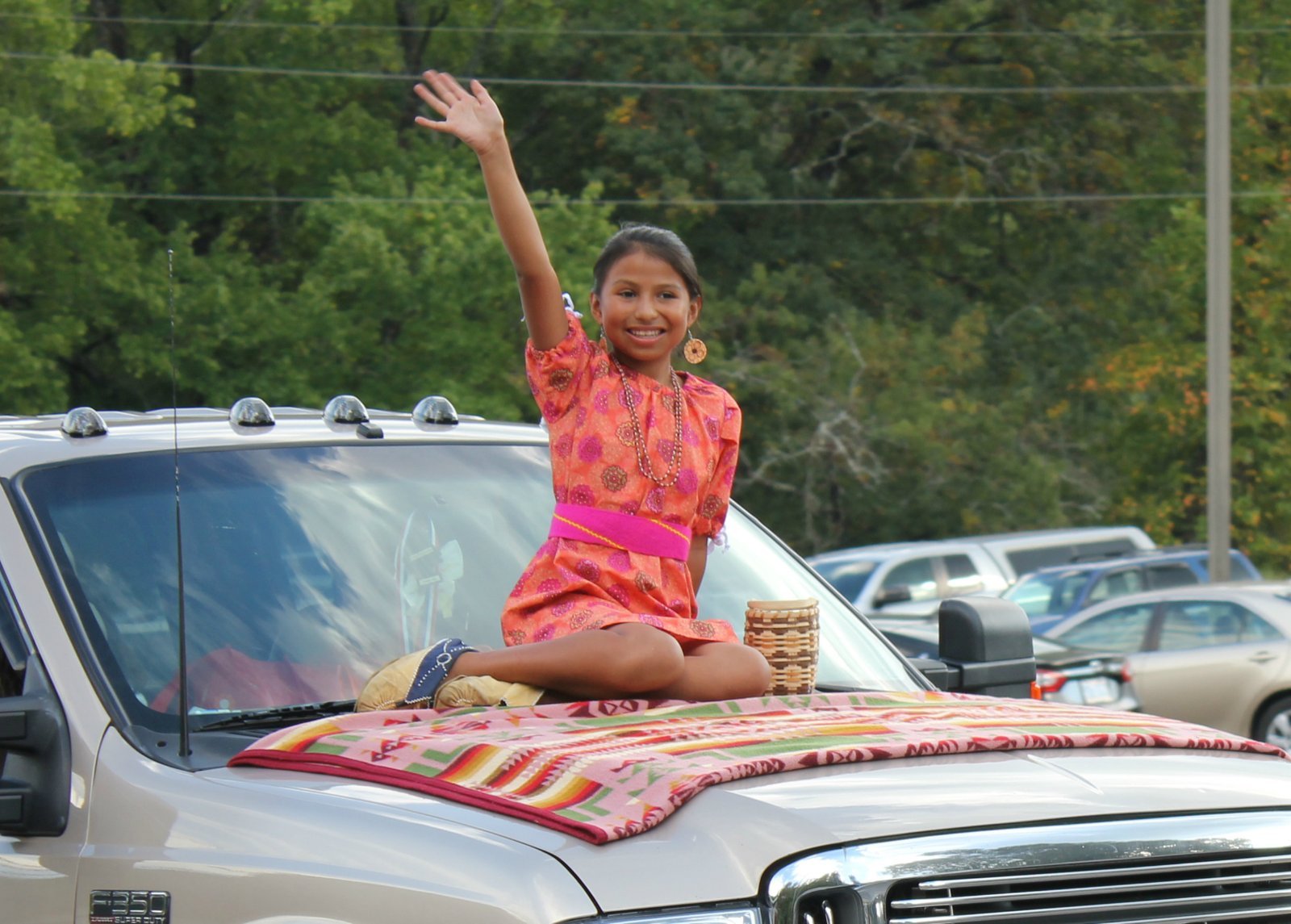 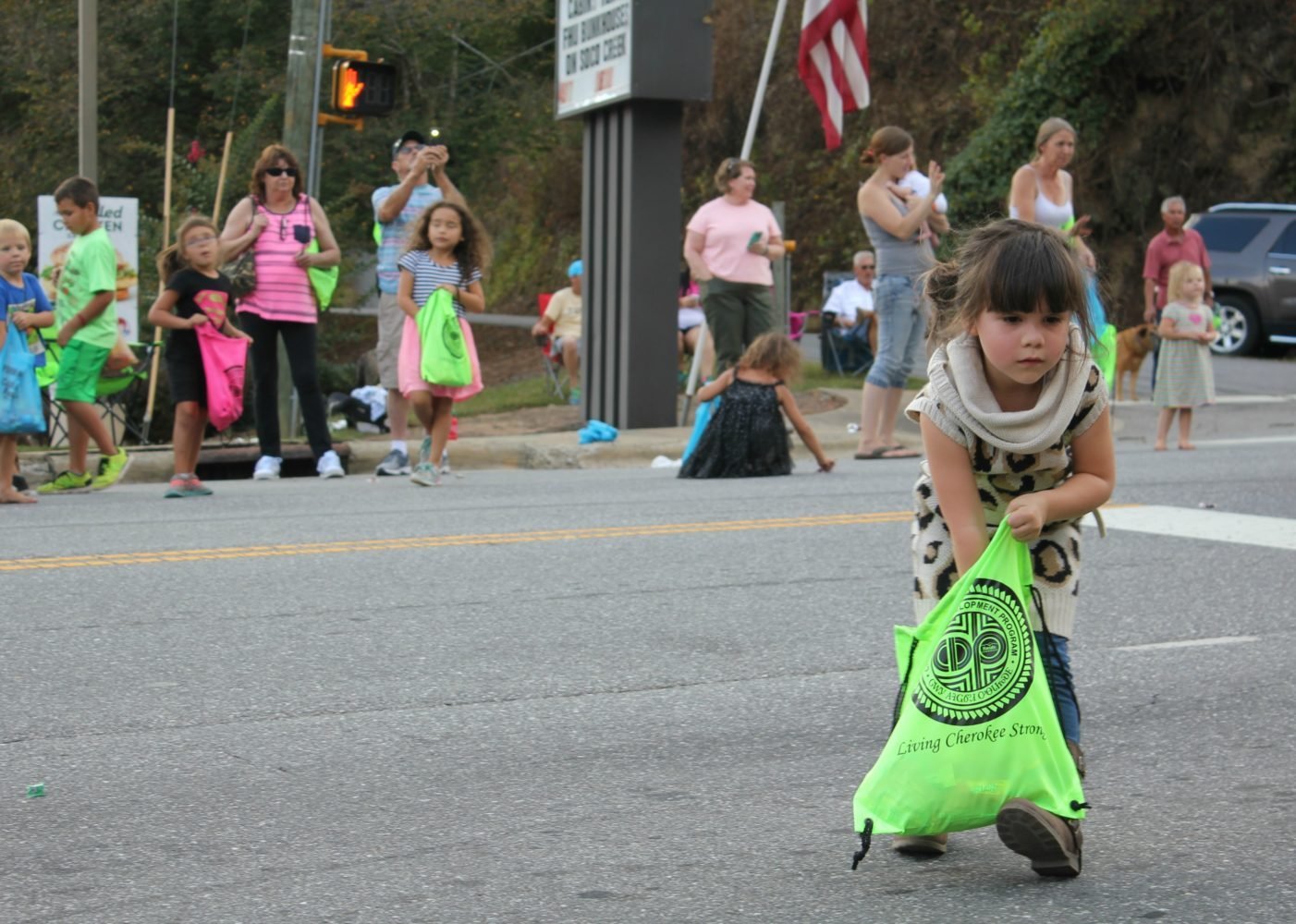 The Cherokees are the most populous indigenous group in the United States. To be considered Cherokee, ancestry doesn’t need to come from both parents. Today, there are about 260,000 people who call themselves Cherokee, living in different parts of the world. In North Carolina, one of the states where they were originally established, there are about 12,500 Cherokees. In Oklahoma, where the Cherokee Nation is, there are 120,000.

Like all indigenous peoples who had contact with Europeans in the 16th century, the Cherokees went through hell and back. After attempts to remove them from their lands, obviously frustrated, the US government decided to use force. The removal law, signed by President Andrew Jackson, gave three years, from 1836 to 1839, for the Cherokees to leave North Carolina, South Carolina, Tennessee, Texas, Georgia, and Alabama to go west, beyond the Mississippi River, toward the so-called Indian Territory, in the state of Oklahoma. The further, the better. More than 4,000 Cherokees died along the way, today it is known as the “Trail of Tears”. 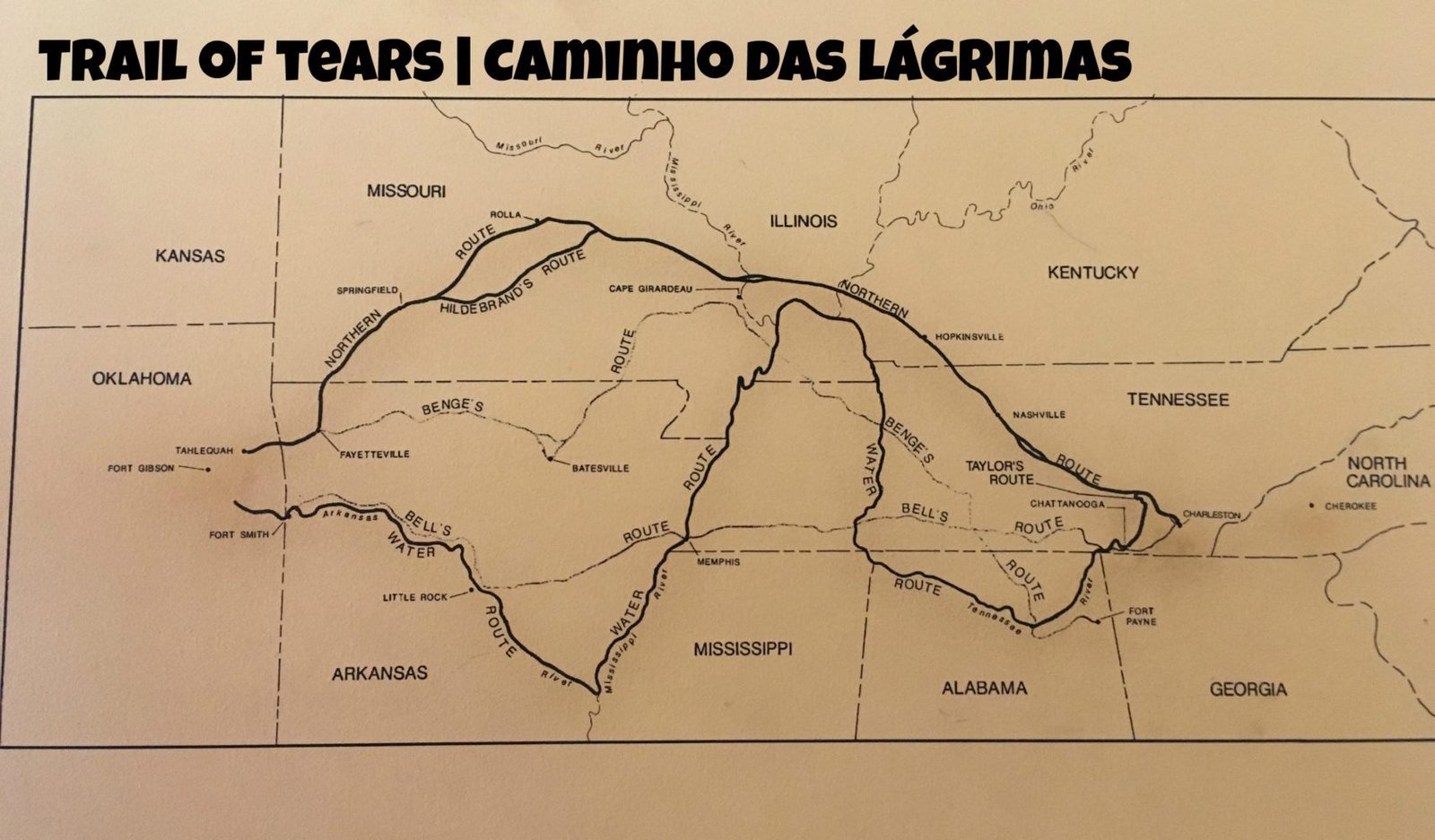 If it was a little disgraceful, it would end there. But no, there is more. In addition to forced removal, Cherokee children (along with countless other tribes) were also sent to boarding schools. They were given a Christian name, haircut and European clothes, could not use their mother tongue and were many months away from their families.

In an exhibit we visited in Philadelphia, Pennsylvania, a few days earlier, one of the posters said: “In the 19th century, cultural assimilation and removal – voluntary or forced – were cornerstones of US Indian policy. In 1860, the US Bureau of Indian Affairs established boarding schools to assimilate Native children into mainstream American life. The Carlisle Indian Industrial School in Carlisle, Pennsylvania prepared Native students for industrial labor and “civilized” life by teaching them English and history, along with domestic and trade skills. Open from 1879 t to 1918, the Carlisle enrolled over 12,000 students. JN Choate advertized the benefits of the school and its civilizing process by producing “before and after” photographs of students in their Native dress and in their school uniforms, highlighting their transformation. ” 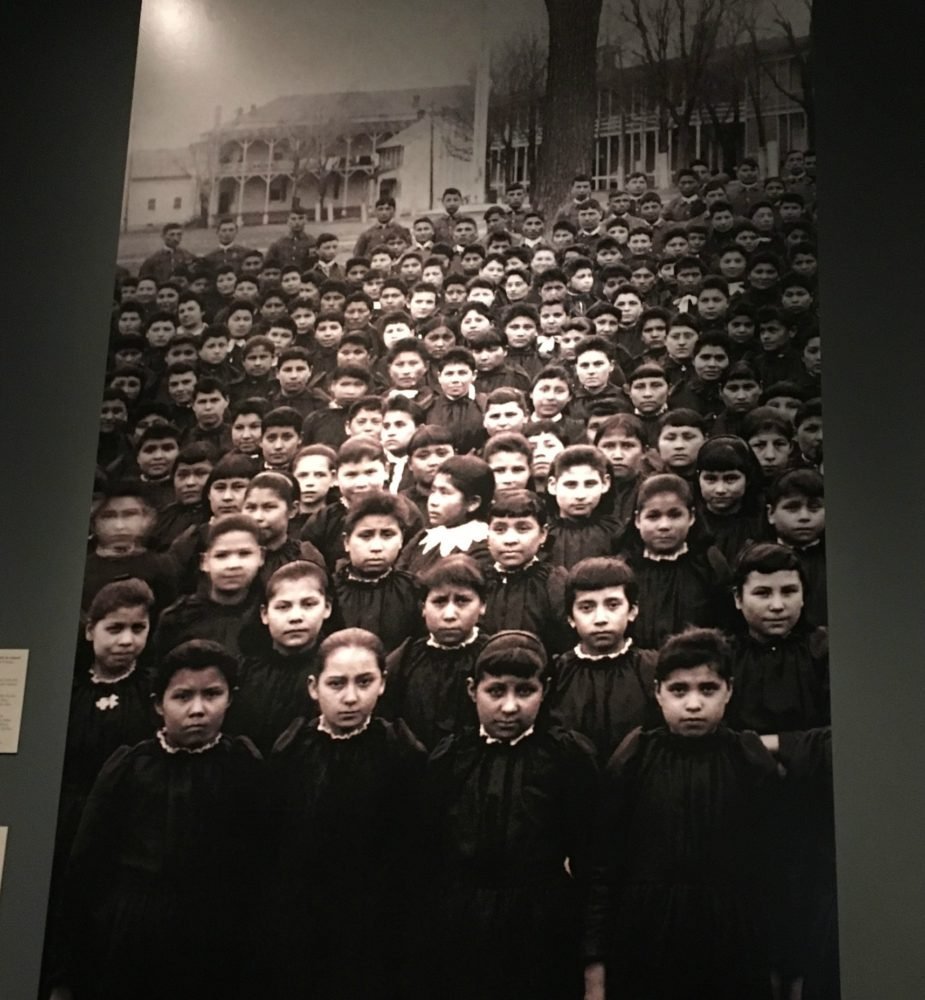 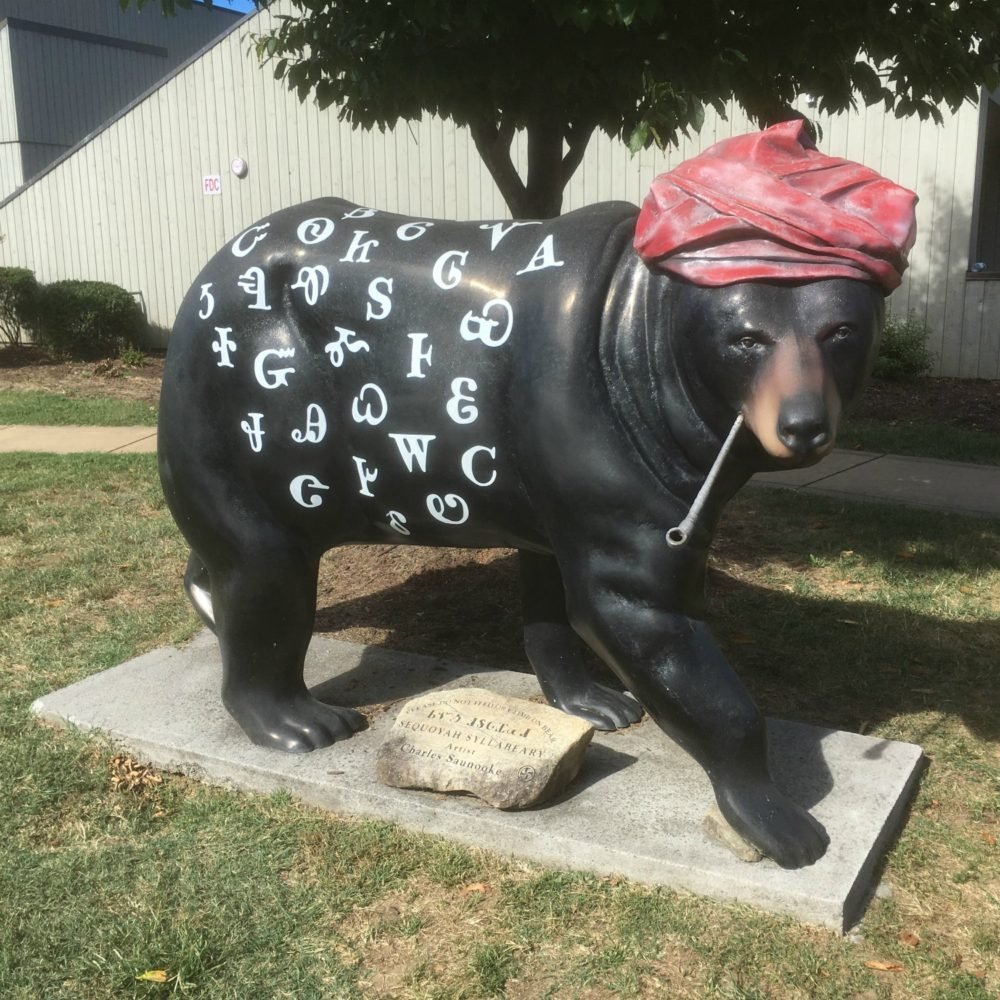 This policy was traumatic for native communities throughout the United States, Canada and Australia. And the consequences are still felt today, a century after this forced practice of boarding schools has been abolished – some schools still seem to be functioning.

But not only of sad facts is made the museum. I learned better about Sequoyah, the indigenous who in the 1820s created the writing system for the Cherokee, based on syllables. The alphabet was quickly adopted and the Cherokees came to create a newspaper and publish their constitution. But my favorite part would be women’s responsibility. I learned that, traditionally, Cherokee women always enjoyed the same rights as men, including sexual freedom and the choice of the spouse.

In Cherokee, we saw lots of overweight people. Even though it’s unfortunately something common in the United States, it’s always kind of scary getting to a place and realizing that obese people are the rule, not the exception. At the festival, I was super curious to try typical Cherokee food. Again shocked, I thought it would be healthy dishes, made by hand by people living off the land. How naive. The lines were all for the stands selling fried bread (like fried dough or funnel cake), one of the only things available. It was served with chili, as a version of Mexican tacos, or as a dessert, with bananas, strawberries and sugar on top. 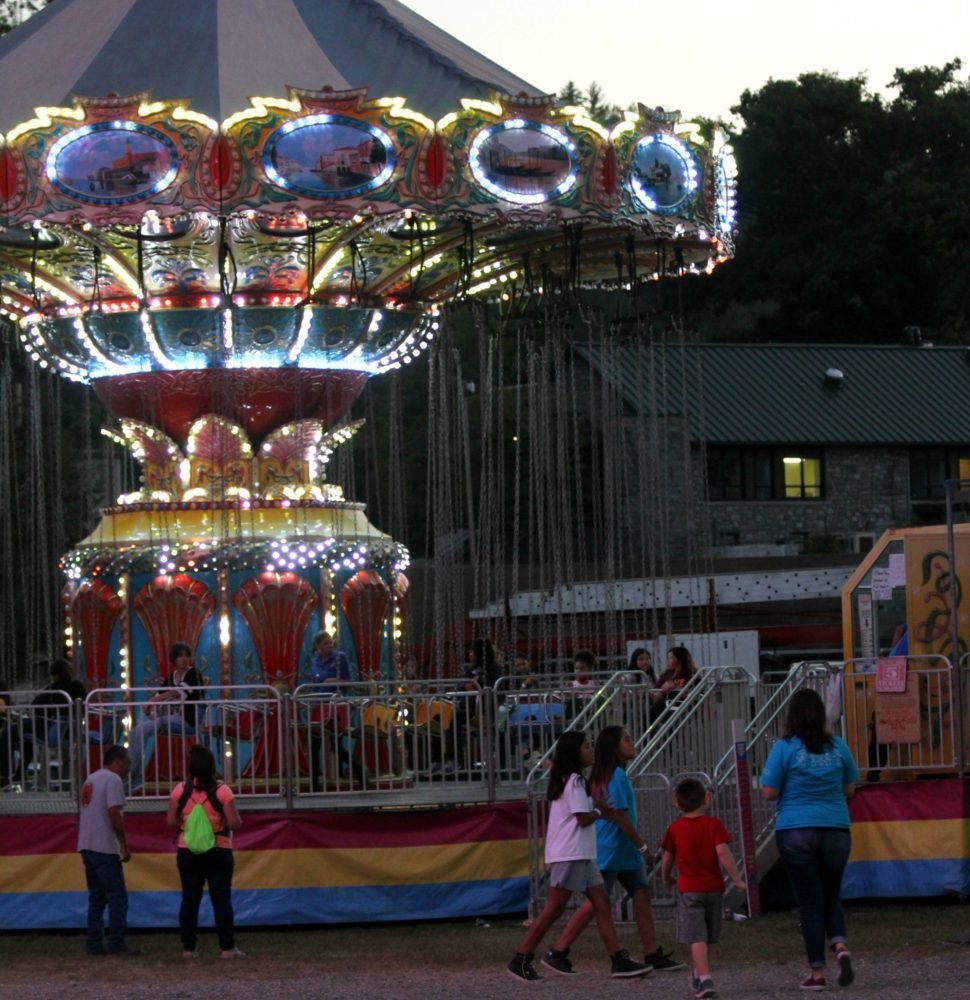 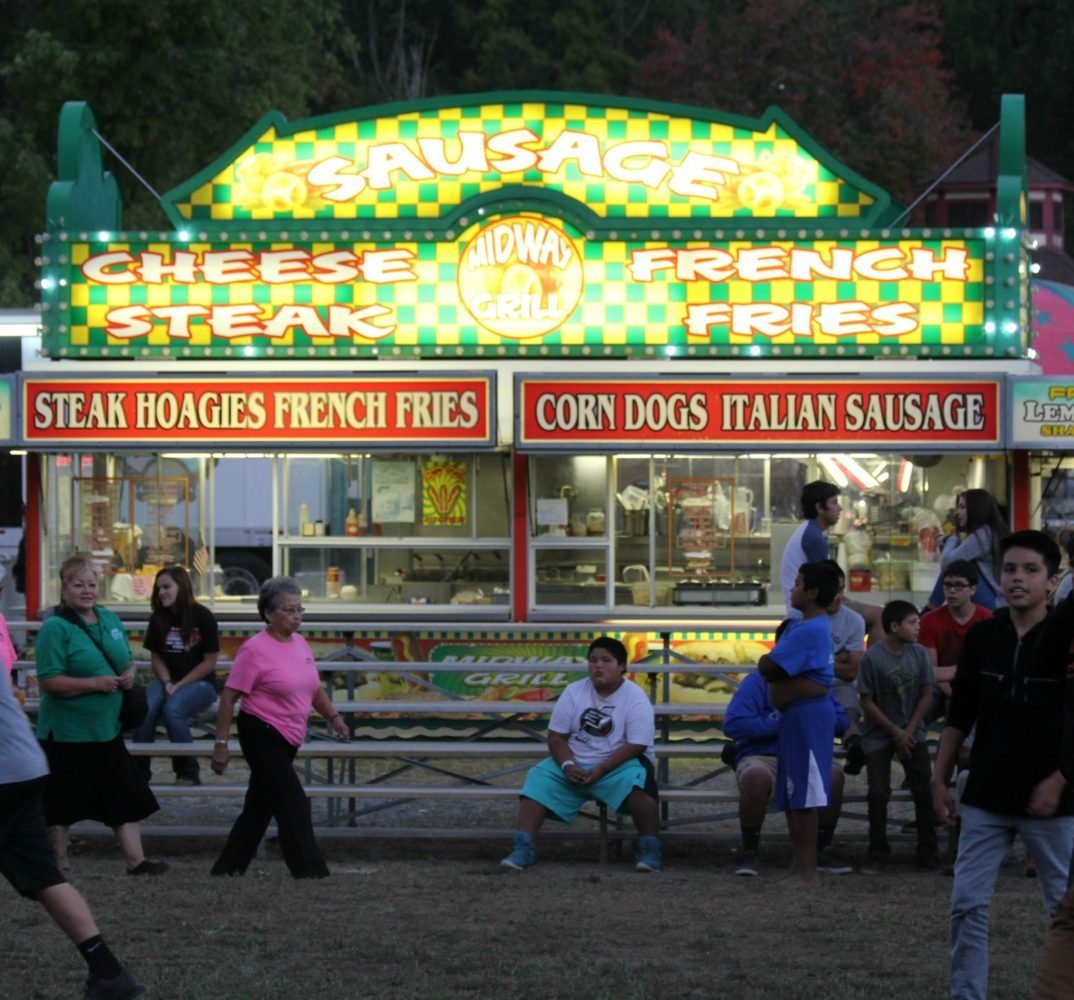 Anyway, it was very interesting to be there during the festival, when cultural manifestations abound. I was surprised to follow the Miss contest and see different criteria from what (I imagined) govern Miss’s contests in the non-native world. There is, for example, no weight or measures restrictions. Most of the candidates were pretty chubby. Instead of modeling in a swimsuit (this is a part of others, right?), it’s important here to show a beautiful, traditional Cherokee costume. Shoes are all deer hide, no high heels (how wonderful!), with embroidered beads. Baskets, feather cloaks, belts, every detail matters. It’s also important to do well in the cultural presentation. It can be singing a song in Cherokee, telling a story, performing a dance. The Cherokee language, actually, is being offered again in public schools in the city. 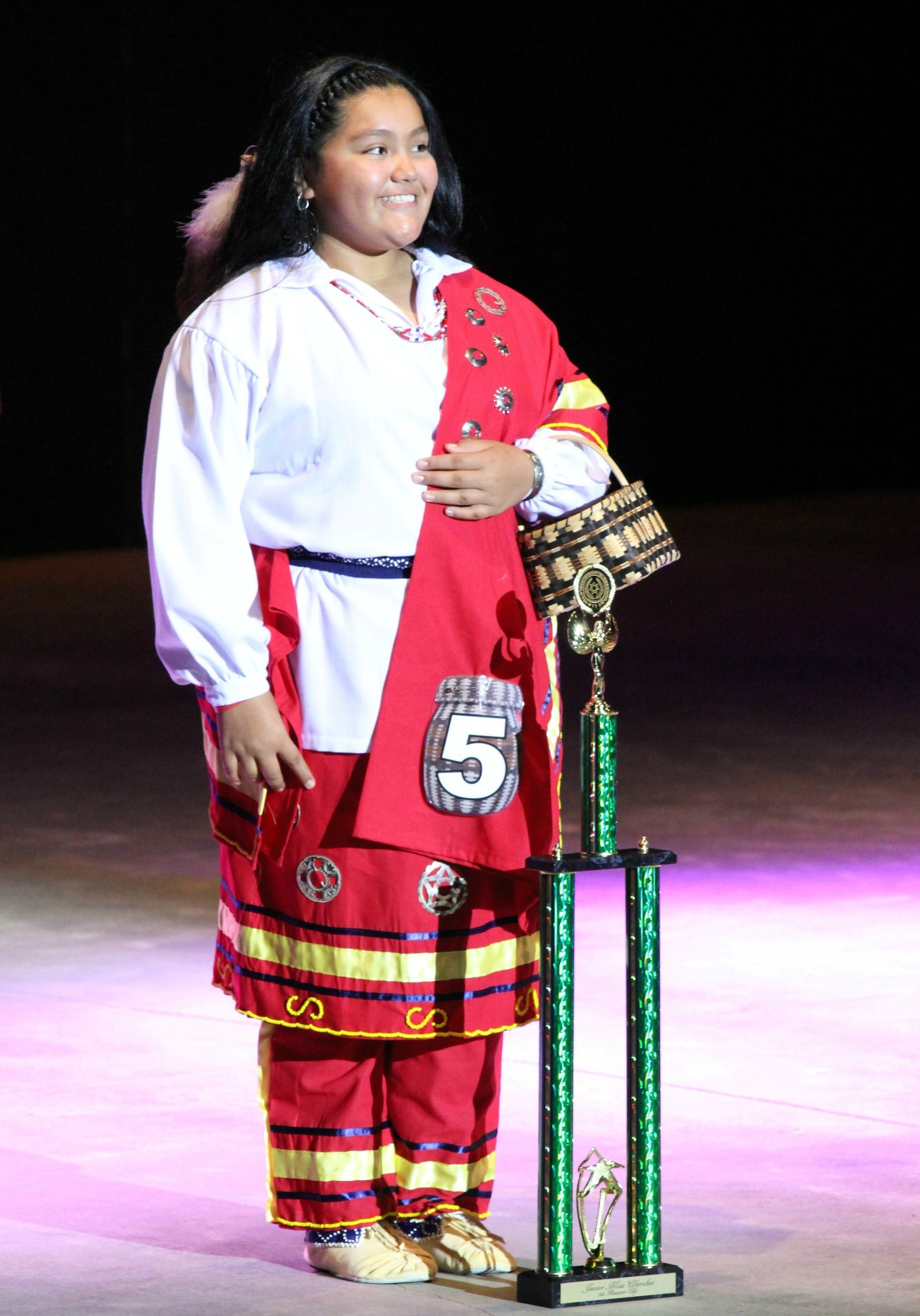 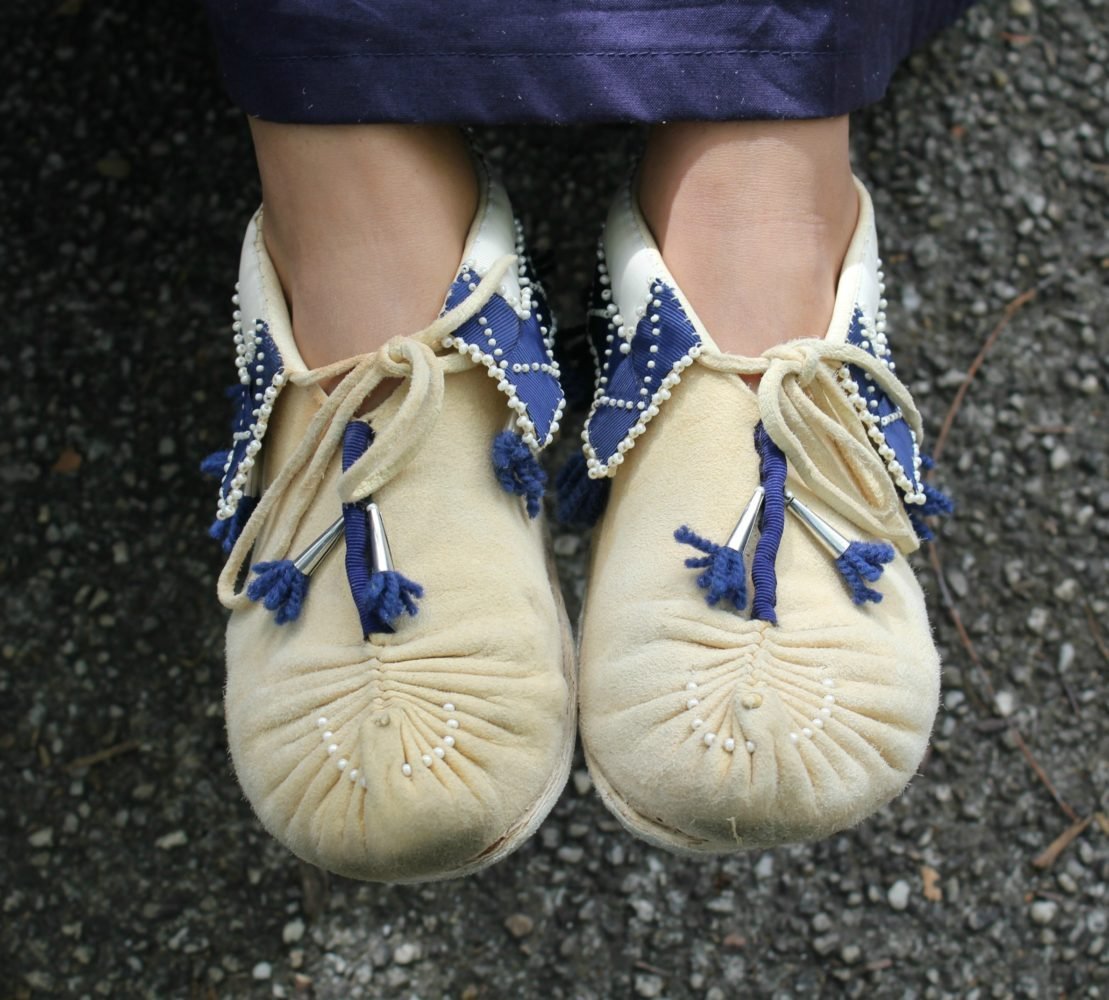 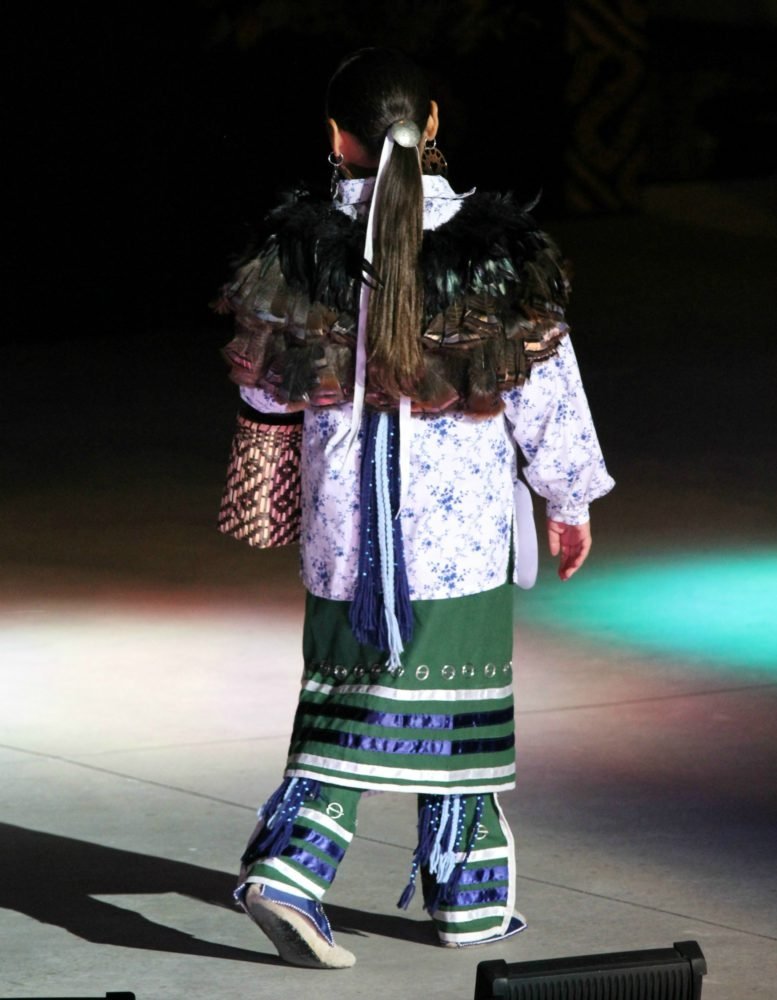 I just found it strange that on the jury, from what I could see from afar, there was no Cherokee. It is true that, to be considered Cherokee, one has to have 1/16 Cherokee descent, or a grandparent, so perhaps the three blond female jurors and the only male juror, an Afro-American gentleman, were all Cherokees. Or maybe it’s important to have no blood connections to avoid judging on behalf a family member. In 2015, for example, Miss Cherokee was crowned, and a few days later, when the adrenaline of having the crown on her head had not even gone down, she received a call saying that there had been a mistake in counting the points and I am sorry, but you are not Miss Cherokee 2015. Can you imagine? Some say it might have been political influence from some chief of some group that wasn’t happy with the results, but who knows? The young lady did not settle and this year she decided to participate again, an arduous process that demands months of study and preparation.

And it was her that I met backstage when I came downstairs breathless. But this story, and how it felt to hug a Miss for the first time in my life, will be told at some point in the near future. 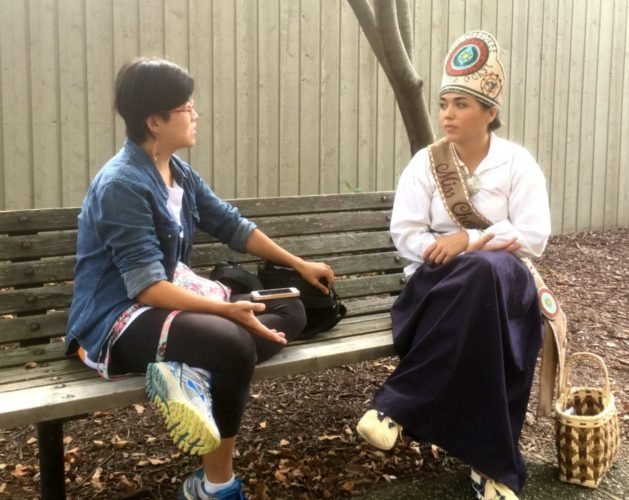