The Cherokee are Native Americans from the Southeastern United States. They are descendants of the Mound Builders and were one of the five civilized tribes to be forcibly removed to Indian Territory (present day Oklahoma) in 1838. They are a matrilineal society that adopted agriculture, a constitution and even slavery before removal. Some remained, some returned and in the 1870’s they were able to purchase 57,000 acres known as the Qualla Boundary, today the Eastern Cherokee Reservation. 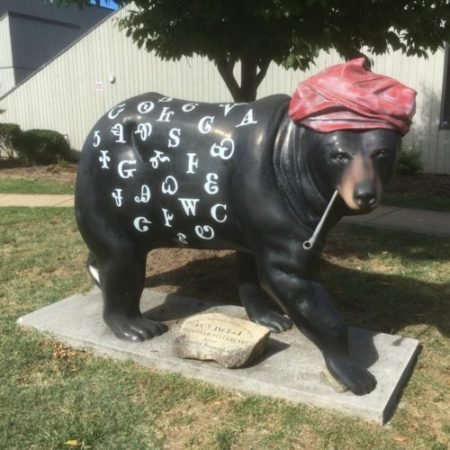 In 1821, a Cherokee named Sequoyah invented the Cherokee Syllabary, or the written Cherokee language. It consists of 85 characters that represent syllables and not letters. It is an impressive system that a student can master in a couple of weeks and read what a typical learner of English can only after studying for a couple of years. While it took Sequoyah (who could not read English) twelve years to finalize his syllabary, it became an immediate success and most Cherokees could read and write in Cherokee until the removal and children were forced to learn English in government schools. Today, however, the Cherokee language is taught in schools and we definitely heard people using it on the streets of Cherokee, North Carolina. 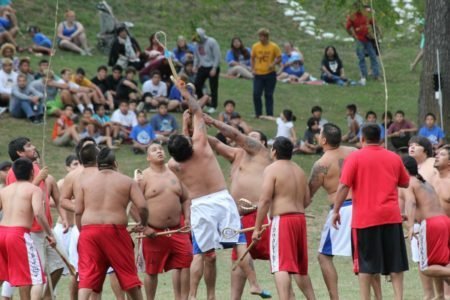 Click the stickball photo to see the entire album

Stickball is known to the Cherokee as the little brother of war. There are other versions of stickball, like the Creek and the Choctaw, and of course there is its northern counterpart lacrosse. The stickball played at the Cherokee annual fair is a ferocious game, quite violent, with goals being scored by running the ball between two saplings that serve as the goal line. The first team to achieve 12 points wins. Only the strongest and bravest men can play, there is no time limit, no substitutions, no shoes, and players can tackle and just immobilize opponents with the sticks. Unlike other versions of the game, the Cherokees can tackle at any time and after you pick up the ball with a stick, it can be transferred to the hand to run for a point.

Games are played between towns and are highly competitive (we saw punches being thrown from a rival team watching a game). Each team has a medicine man that plays an important role. He performs purification like “going to water” both before and after the game, and “scratching” or marking the players before a match. He chooses who plays, throws up the first ball and uses his long stick to break up piles of players that stop play. There are also guys carrying water and picking up sticks for their players as needed.